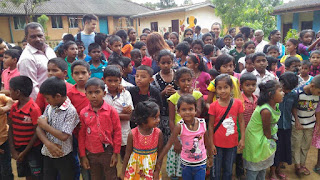 History Maker Sri Lanka was held from May 30th to June 4th 2017. Joining Dr. Richard William were teams from Taiwan (Ps. Joshua, Ps. Wennie, baby Sarah, Meihsiu, Kimmy, Joanne and Roy), Indonesia (Ps. Pendy and Nanda) and Singapore (Ps. Pauline and Ps. Grace). Our flights landed in Colombo airport on a late Monday night and we were given a warm welcome by members of the local church. 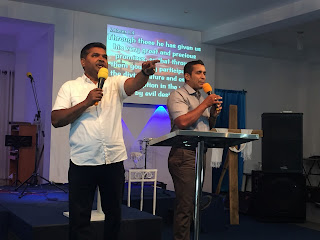 Our host is Rev. Conrad De Silva, the Senior Pastor of Christian Life Center for 20 years. In Colombo city, he has two churches – Colombo 10 church and Lake church – with over 300 members. 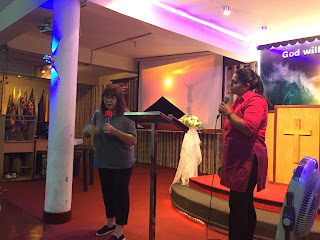 Day One started with a Leader’s meeting at Colombo 10 church. Various leaders came together with great expectation of what the Lord would do. Ps. Pauline first addressed the leaders with a challenge to prepare for a change that was coming so that they would embrace a fresh move of God. Ps. Grace later exhorted the leaders to walk in faithfulness to their pastor and to the vision God has given them. And Ps. Joshua ended the meeting with a word of encouragement and impartation for the leaders to go forth and do greater works for the Lord. God is faithful to build His church and the gates of hell will not prevail against it! 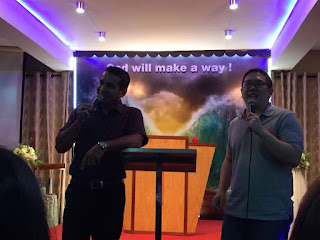 In the evening, we had a Revival meeting at Lake church. There was such a hunger for God’s presence as the people started gathering in the hall. We had a great time of praise and worship by the youth band, led by Ps Conrad’s son, Johnan. Both Nanda and Joanne shared powerful testimonies about how God turned their lives around. Ps Joshua was the speaker that night, giving a now word for the people to rise up like never before. At the end of the meeting, the altar was filled people coming forward to receive fresh fire from the Lord. Hallelujah! 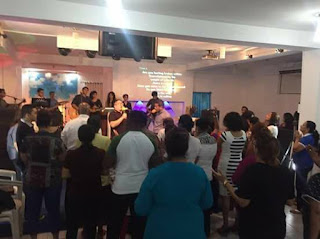 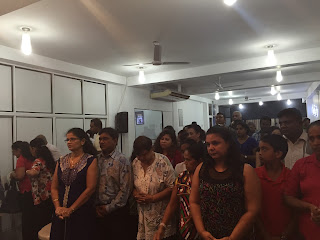 Day Two began with a meeting at the Assemblies of God Bible College in Ja Ela, some distance away from Colombo city. Dr. Richard William was there to minister to the students at their chapel service, along with Ps. Pendy, Nanda and Roy. In the evening, we had the second Revival meeting at Lake church. The time of worship was so phenomenal that we could just go on and on. We experienced God’s presence and anointing in a fresh new way. Roy later shared his testimony about his encounter with God that changed his life. Dr. Richard William delivered a powerful word that night, stirring up a new fire and passion for God in people’s hearts. Many came forward for the Lord, surrendering their hearts to the Lord. There was such a move of the Holy Spirit in that place! 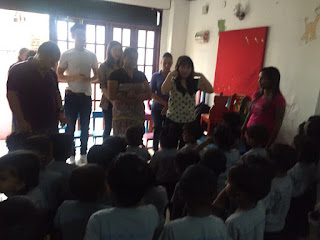 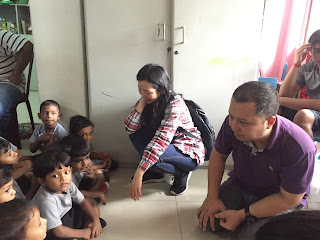 In the morning of Day Three, we went to a preschool that was started by the church in a local community. We spent time there teaching the children some fun action songs about God. Nanda even shared a story from the Bible about King David. At the end we laid our hands on every child, praying a blessing over their lives and for God’s hand to be upon them. Every child is precious in the eyes of God! 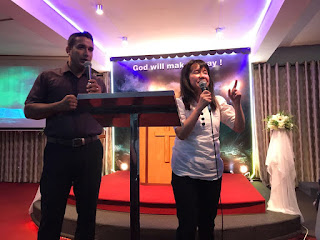 That evening, we had our first Revival meeting at Colombo 10 church. The hall was packed people even on a weekday night. We had a wonderful time of praise and worship, with people lifting their voices unto the Lord. Kimmy and Joanne shared their testimonies of how they came to find God and their lives were never the same again! Ps. Grace brought a word to the congregation, for the people to be desperate for the Lord because it is hunger that makes all the difference. Later on Ps. Joshua continued to speak the people, engaging them in his stories about how God came through for him in every situation and season of his life. It was truly impacting and powerful! 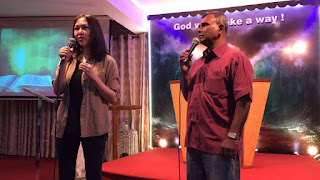 On Day Four, there was a Women’s meeting at Lake church. Ps. Pauline ministered to the ladies with a word from the Lord. We also took time to pray with every person that came, giving them a personal word to exhort and encourage them in the Lord. 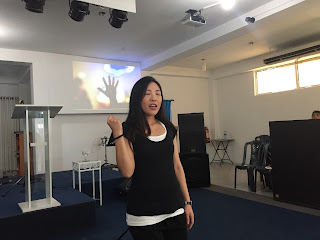 After the Women’s meeting, we went to an outreach program at Grandpass. This is a low-income apartment building to house those who previously lived in slums. We started with some fun action songs to get the children warmed up. We then had children from different age groups to take part in an art competition where they drew their family. At the end of the given time, we picked three winners from each category and presented them with prizes. Let's pray for more open doors for the church to reach out to the local community! 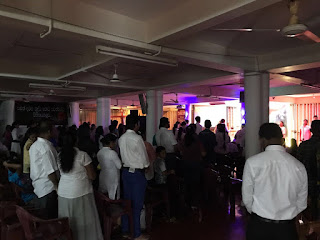 The second night Revival meeting was at Colombo 10 church. There was a sense of excitement in the air. We knew that God’s glory was going to come. It would be so awesome! The hall was packed with people full of anticipation for God to do a new thing. Dr. Richard William spoke on the resurrection power that ministered to many hungry souls. It brought about a fresh revelation to the hearts of many. There was a mighty release of the Spirit at the end of the meeting. God poured out His Spirit upon many to bring about His freedom and breakthrough! 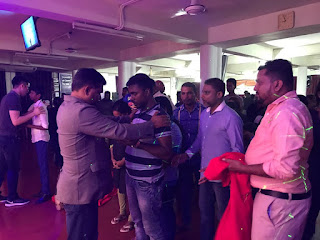 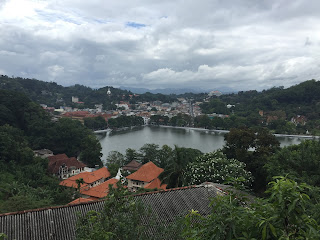 Day Five started very early in the morning at 5am. We had to be on our way to Galaha and Hantane, town areas in Kandy that are at least 4 hours away from Colombo. This trip was organized by Ps. Lester, an associate pastor and also missions pastor of the church. Over at Galaha, we ministered to a group of 80-100 children who gathered at a local school. We started off with some songs. The children had lots of fun following the actions. Ps. Pauline shared a story from the Bible with them. We even had some time with the adults where Ps. Grace ministered to them, sharing about God’s healing power. We had the opportunity to lay hands on the adults and children one by one, praying for the Lord to touch them in a special way. They were mostly Hindu people and yet their hearts were open! 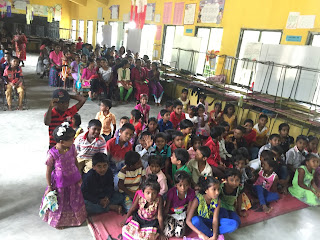 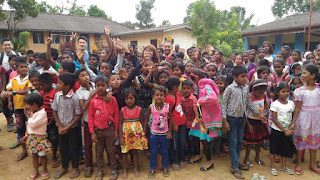 After our time at the school, we left for another town, Hantane. Over there, we ministered to a group of 20 leaders, with Ps. Pauline and Ps. Pendy sharing the Word of God. 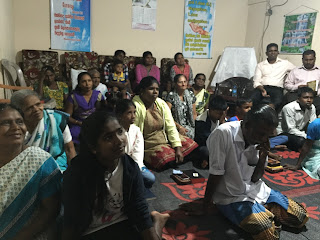 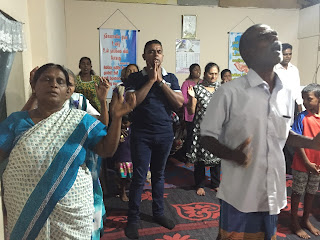 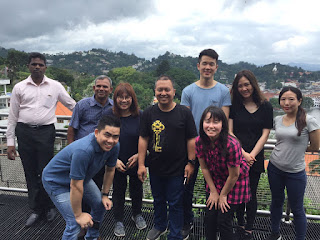