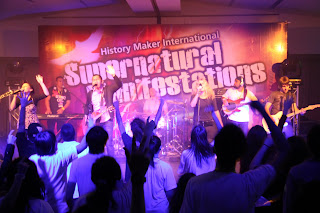 For the first time in many years, the History Maker Global Conference was held outside Singapore, in the city of Penang from November 2nd to 5th. The conference revolved around one theme, “Supernatural Manifestations.” Delegates from about 18 countries came together to seek a deeper presence of the Lord and to see His glory manifested in a greater dimension. From the beginning till the end, the Lord moved in ways many have never experienced before. People were touched by the Lord and made a commitment to desire more of His glory and presence! 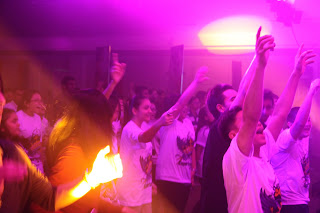 We were honored to have with us guest speakers Rob DeLuca, the senior pastor at His Way Church (New Zealand), and John Torres, the senior pastor at Lighthouse International Church (USA). Together they brought about a tremendous measure of the presence of God. Joining us at the conference was the Equippers band from Equippers Church (New Zealand), leading the crowd in electrifying praise that brought down the roof, and an awesome time of worship as we enter the heavenly presence of God. 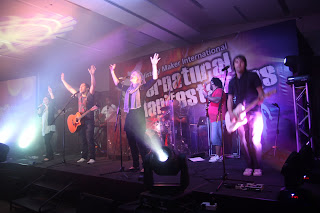 At the very first session, Rob DeLuca set the tone for the entire conference with his opening message that this event should not be just a conference, but an encounter with the Lord. He urged the people to enter this new season; if we did not shift with God, we would hinder His work. As Rob puts it, “Relevance for the cost of presence is rubbish.” God's people must not trade anything for His glory and presence, in other words be man-pleasers. As we drink of the new wine and allow His Spirit to show up, the world around us will be refreshed, sinners repent, lives get changed, the sick are healed and those in bondage will receive freedom!

Later that morning, John Torres preached the Word with much passion, like a sprinter who tore down the tracks. He spoke on the three ways God would speak to His people: seeing, hearing and sensing (Isaiah 21:1-3). God is speaking all the time, and we just need to tune in to His voice. Moving in the Spirit and hearing the voice of the Lord is for everybody. In closing, some were called up to the stage to bring a prophetic exhortation to the congregation.

Our History Maker advisor, Richard Brown III (Japan), spoke that Wednesday evening, exhorting the people of God to be on the cutting edge. God is showing new things to the church and bringing a new dimension of the Spirit. He urged every believer to leave the old wineskin, in order to receive the new wine. Every person will leave the conference with fresh fire to bring back to their churches and nations, hallelujah! 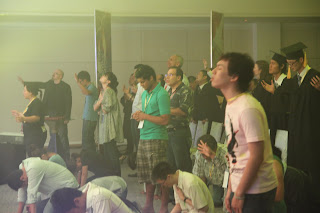 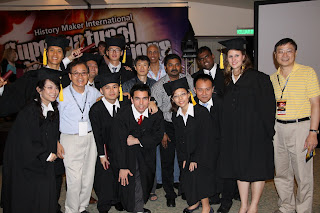 The second day of the conference started with a prayer meeting at 5:30am. Our History Maker partner from Taiwan, Aaron Wong, brought an encouraging word to the crowd that gathered. The hall was like a power house, because “one can chase a thousand, and two put ten thousand to flight.” Together we stood in the gap and sought the face of God for a revival in the nations. 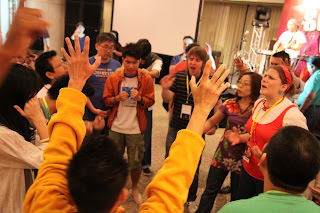 That morning Rob DeLuca shared about how God works in atmospheres. If we lack sensitivity we would miss it. Our goal is to understand His ways, what He likes and dislikes. It is not complicated at all – to build an intimate relationship with God to the point where we know Him just as He knows us (Exodus 33). If we know God intimately, we can know what He likes. The church cannot afford to stay in ‘religion’ otherwise the world will not be changed. Let us turn away from religious preferences or man-made doctrines, so that God would reveal Himself in a greater measure! 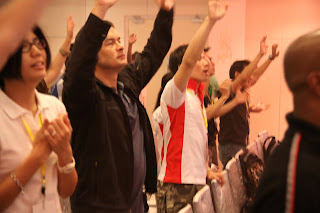 “O LORD, revive Your work in the midst of the years! In the midst of the years make it known; in wrath remember mercy” Habakkuk 3:2. In the following session, John Torres shared what the Lord has done before, He can do it again. Wherever we go, signs and wonders ought to follow us. We are touched so that times of refreshing may come (Acts 3:19). And when that happens, a whole region is transformed – that is revival taking place! God has called all of us to bring supernatural revivals and use us to take nations! 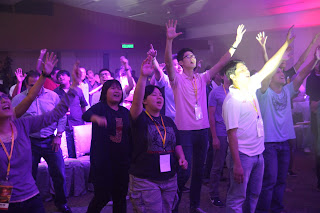 Thursday evening was phenomenal because the tangible glory of

the Lord came upon the people. We were all soaked in His presence and time sort of stood still. There was no preaching, no laying on of hands and it didn’t matter who was beside us. We were just loving on God and allowing His presence to embrace us like never before. There was a spiritual shift happening that day. There were decisions taking place in hearts that will determine the road they will take. There was a repositioning by the Lord to become “burning ones” so that the world will know and see that He is God! 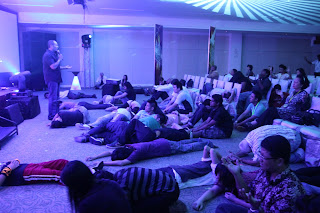 We began our Friday early in the morning with prayer. Naomi Nakama (Japan) brought to us a powerful exhortation. With hearts united and spirits as one, we prayed for God’s Kingdom to invade the earth – on earth as it is in heaven! “How good and pleasant it is when brothers live together in unity!” (Psalm 133:1).

The morning sessions once again brought a greater surrender of our hearts and will, led by Rob DeLuca. Do we prefer others above ourselves? Do we look to be served? Do we take time out of our schedules to minister to someone? Are we willing to lay down our lives for others? What God desires is for our flesh to be burned, so that God would be seen more in us. Holiness is what the Lord is looking for. He wants a people that would say, “Whatever Your will is, I’ll do!” 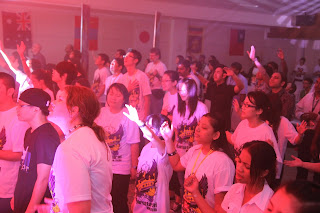 On all the afternoons we had workshops on worship leading, song writing and worship team dynamics by the Equippers band, taught mainly by Libby Huirua, Daniel Zeltner and Isaac Graham. At the same time there were other workshops led by Shekhar Kallianpur (India) on the Inter

national Youth Festival; Andrew Robertson (New Zealand) on Entrepreneurship and Faith; and Kul Bal Singh (Australia) on Signs and Wonders. Those who attended the workshops were greatly blessed as they learned practical tools that will help them to come to a greater level in the Lord.

The final session on Friday evening saw John Torres conclude with “Re-commissioning Your Mission.” As we re-commission our mission, His mission becomes our mission! We have been anointed to be a blessing to someone else. We need to take the mission of Jesus and make it our own.

Pastor Richard William (Singapore) brought a closure to the conference. There was such a fire and passion in the atmosphere that night. Flags of nations were held out and tears flowed as we lift up our voice for the souls in these nations. We knew we were receiving a vision, a call and a mandate that may cost us our lives to see them come to the Lord. 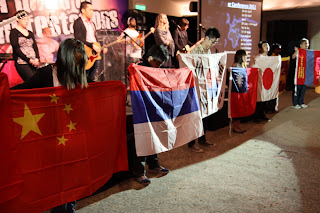 For many the highlight of the conference was the glory and presence of God. It wasn’t about the preacher or the worship team, but God Himself – Him showing up, and all that we want is to stay in that presence forever. This is just a new beginning of a greater dimension of God. 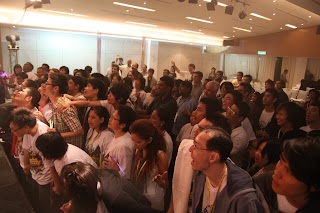 “As it is written:

‘Eye has not seen, nor ear heard,
Nor have entered into the heart of man
The things which God has prepared for those who love Him.’

But God has revealed them to us through His Spirit. For the Spirit searches all things, yes, the deep things of God.” 1 Cor. 2:9-10. 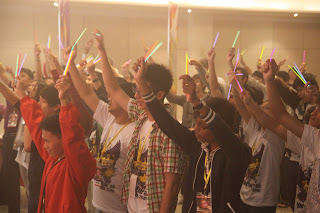 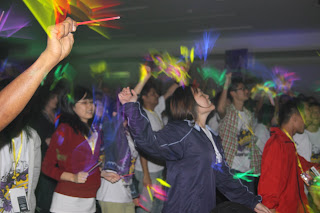