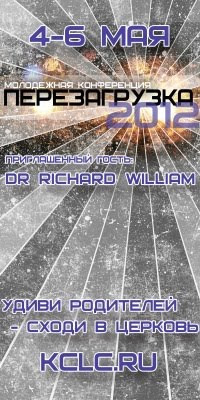 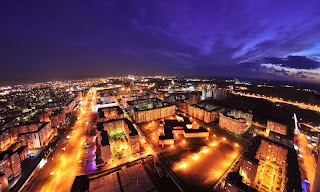 [By Dr. Richard William] As I arrived in Moscow after a long 10-hour flight from Singapore, I was again reminded of God’s promise: “Ask of me and I will give you the nations for your inheritance, and the ends of the earth for your possession” (Psalm 2:8). In my heart there was a great anticipation and expectation of what God was about to do in this unique Russian city of Krasnoyarsk. Almost two years ago I met the bishop of Krasnoyarsk Christian Life Church in Singapore. I vividly remember him saying the youth are not a focus in Russian churches. No one has a ministry directed toward reaching them or ministering to them. I was thankful that Bishop Vladimir was different because he has a burden to see the youth in his city reached by the gospel. It is rather unfortunate that youth are not the focus, as statistics point that more than 60% are addicted to weed and over 120,000 die yearly as a result of drug and alcohol overdose. 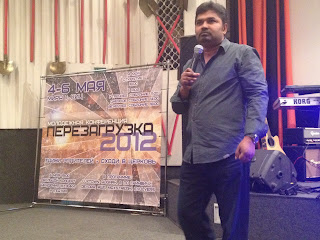 After 14 hours of flying I finally arrived in Krasnoyarsk, a beautiful city in the heart of Russia. I was greeted by a young youth pastor, Andrew. On our way to the airport he shared his passion and desire for revival amongst the youth in his city. I was later taken to lunch with Bishop Vladimir and several other pastors. I enjoyed the simplicity and passion I found in these leaders as we fellowshipped over lunch. As it is with all my travels, by the end of lunch the program was changed and I was asked if I would like to open the conference that evening. 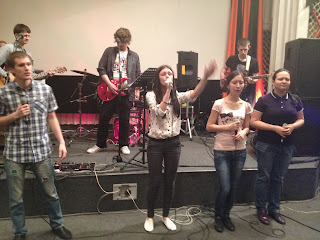 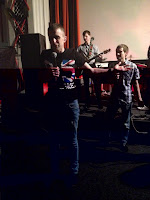 The youth conference was held at a conference centre in the middle of town. I was greeted by an enthusiastic bunch of young people. In the first meeting I spoke on one of the core values of History Maker: “What does it mean to be radical for Jesus”. To be radical does not mean sitting in the pews, but to move to the frontline of God’s activity. The location may be different, but God’s Word is the same. The impact of God’s Word is always the same. There was an electrifying presence of God in that place. Several leaders came to me afterwards, and said they have never seen Russian youth glued to their seats like this before. Glory be to God as the Holy Spirit continued to move within the hearts of the youth that night. The altar call was given and to my amazement, every single person came to the altar to dedicate their lives to God! On the second day morning, the Holy Spirit took us on a slightly different direction. I spoke on the restoration of authority, identity and power. As a result of their culture and the influence of communism, I realised many of them lack the understanding that in Jesus their identity, authority and power has been restored. I felt as if to many of them culture and tradition had strangled the life of God within them. As the Holy Spirit moved in this meeting, there was a cry that rose up from within the young people. Spontaneously they moved to the altar to wait on God. Many were crying and weeping as the love and the goodness of God began to fall in the meeting. There was a deliverance and freedom that fell in that meeting and the young people were liberated by the Holy Spirit. It is power that releases potential. Without the understanding of power, one can never work in the full potential of God’s available power! 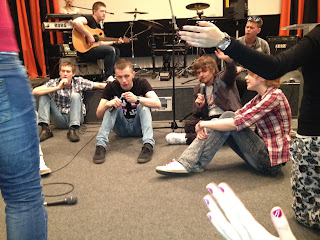 We took a break following the meeting. The youth continued to linger in God’s presence as we moved to a small room. During this time I met with many of the leaders for a question and answer session. They had so many questions about leadership, and primarily about the power of God. Following an hour of fellowship, the evening meeting, which was also the last meeting, began with great excitement of what the Lord is about to do. 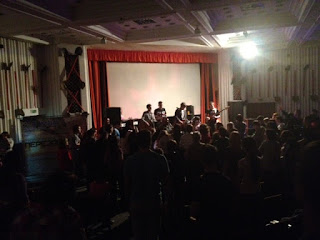 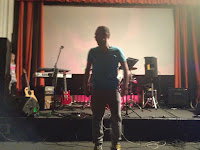 As we started the evening meeting, the place was filled with fire in the air. I could see hunger and passion in faces of the young people in the room. We had an awesome time of praise and worship. Before the Word was preached, a Christian rapper from Irkutsk took to the stage. He was such an amazing rapper who totally stirred the crowd. I believe he also killed several sacred cows in that hall that night. 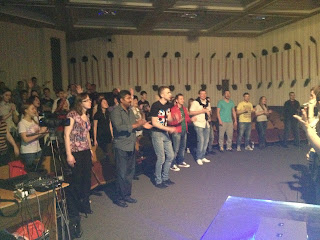 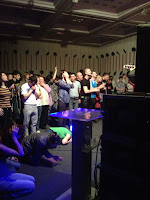 At the last meeting I spoke a message that is central to the mission and purpose of History Maker. The purpose of our existence, like the early church, is to impact the world. The reason why the early church was able to impact the world, as scripture says clearly, “And they overcame him by the blood of the Lamb and by the word of their testimony, and they did not love their lives to the death” (Revelation 12:11). The present day Church understands the first two ingredients, but has continuously missed and failed to understand the power of laying down our lives. This concept is central to the New Testament theology. Without dying the corn of wheat will not produce life. Churches have failed to understand our task is not to fill the pews on Sunday morning but fill the nations with an army on Monday morning. Jesus said to take up your cross and follow Him, not swim in the river of grace. The church is a militant force that pushes back the forces of darkness and takes back cities for the glory of God. 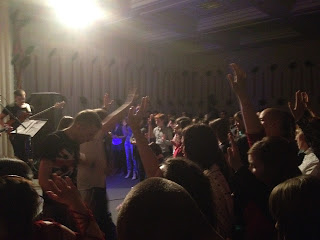 As the call to die was preached, it was clear God was working in the hearts of the youth in Russia. Literally every single person ran to the altar to lay down their lives to reach Russia for Jesus. The Holy Spirit’s fire fell in that place as the young people without reservation committed their hearts. As the bishop testified at the end of the meeting, the young people will never be the same again! Glory be to God for the great work He started in Krasnoyarsk, Russia! 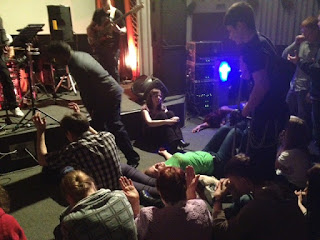 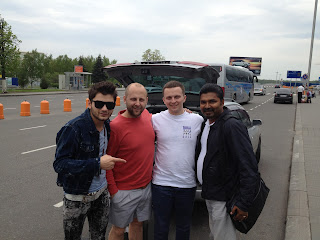