ITS TIME FOR MOBILISATION

As young people traveled from every part of such as , Pekanbaru

, Jambi, etc. for the youth seminar 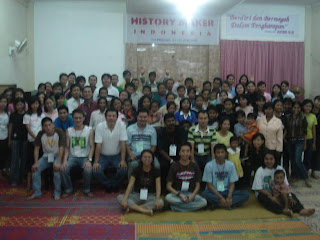 in , they had no idea what they were in for. Many of them had to endure a grueling journey by traveling for almost 24 hours on bus just to reach . Talk about spiritual hunger, these people certainly has it!

Although they all came from different backgrounds, everyone who was present worshipped God in one accord during the two-day conference. 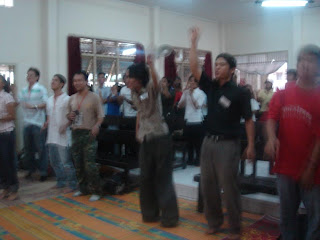 y. While we usually expected a powerful move of God during the evening service, it was not to be so for this particular trip. At the end of the afternoon session, the Holy Spirit moved in such a powerful way none of us expected. These young people were mobilised for the army of God during the altar call, being challenged to lay their lives for the cause of God. As they stepped out in faith to commit their lives, the power of God moved through the place and lives were 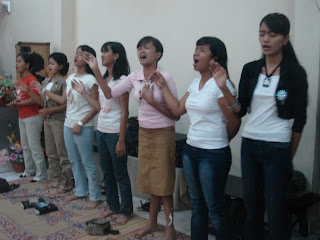 We also saw how the Holy Spirit began to move in healing as broken hearts and souls were being restored. Many young people were sobbing as God touched their innermost being when

they surrendered their all to Him.

Later in the day, pastors and leaders from the different cities came together. Denominational backgrounds did not matter as they agreed to work together to further God’s Kingdom and mobilise the young people for 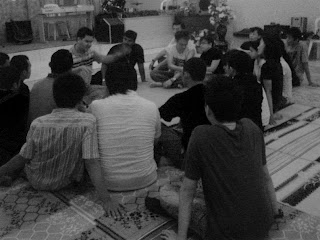 As the discussion went on, it became obvious that God was doing something phenomenal in the coming year as He is positioning people with the same heart and vision to see His work done. These leaders pledged to rally the young people from their cities and expect greater things in the year 2007!

What an awesome time! 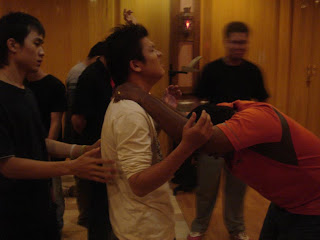 As we spent our last night in , we saw a move of God like never before!

The power of the Holy Spirit swept through the place as the Word was being preached. The many youths present experienced such a breakthrough and after the ministry, their praise and worship became 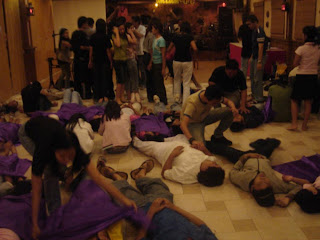 energised and charged with power. Any forms of inhibitions were lost as they danced and jumped before the Lord. The young people were simply rocking with Christ!

There was a defending roar as voices were raised up to heaven, shouting “Jesus, Jesus, Jesus”!

While this night marks the end of the History Maker trip to , it also signals the start of a new work God is beginning in the hearts of the people present. There is a sense of victory as these young people take up the mantle to win their country for the Lord. The mobilisation has started - the army of God is rising up to challenge the powers of darkness. No longer will they operate on survival mode, now is the time to advance and take the nation by force.