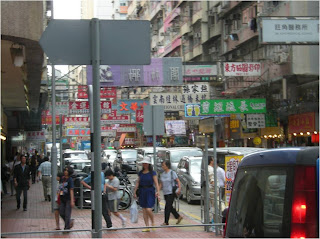 This year’s History Maker team to Hong Kong was a multinational nine-man team, arriving in Hong Kong on a Friday afternoon with soaring expectations of what God was able to do. Everyday for the next three days, we would make our way through a maze of human traffic. Down to the subways, the Mass Transit Railways (MTR) would take us across the breadth of the peninsula to Christian Glorify Grace Church (CGGC), which sits near the northern border where mainland China is. The meeting started at 8pm that night, with worship in Cantonese and English, followed by the team praying for the people. “Miracles are for you!” – Pastor Richard released the Word that night, and he urged the people that God was wanting to take them to the next level, that God’s people will be so anointed and so creative that the world would look to them for answers! 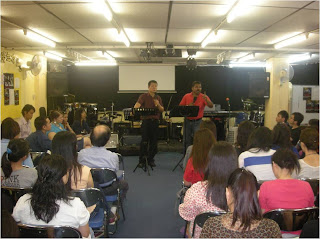 The next day was a sunny Saturday, and the youth of the church brought their unsaved friends up to a mountain camping-resort in the afternoon. There, every kind of sports facilities from rock-climbing to archery could be found. After dinner, 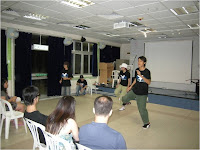 the night meeting started with an indoor game and a short testimony. No sooner, we were roaring praises to God through an ancient sound system provided by the resort. These was followed by other short testimonies and presentations of drama and dance, tugging at the hearts of our unsaved friends – was salvation and abundant life found in Jesus Christ alone? 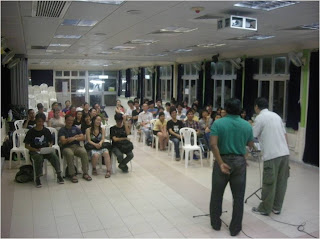 It was time for the preaching of God’s Word, and Pastor Richard shared about how his search for the truth led him to a face-to-face encounter at the age of twelve – he was drowning under swirling currents when Jesus appeared to him and pulled him out! After sharing a few more life-transforming encounters with the living God, he gave the call for the new friends to respond. From about more than ten unsaved, seven responded to receive Jesus as their Lord and Saviour that night! 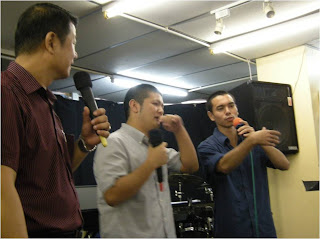 The presence of our Lord was thick as the worship team of CGGC ministered on Sunday morning. A skit was presented by the History Maker team, and Pastor Richard shared about God’s desire to bring a restoration of His favour into our lives. 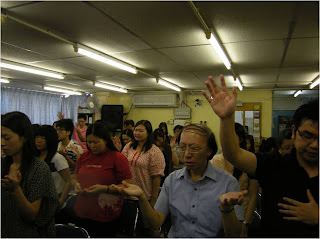 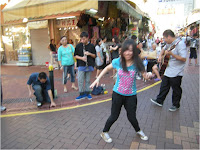 In the afternoon, the church was mobilised to take the gospel to the street. The pedestrian street was like T-junction, and residential neighbourhood shops lined the sides. There, we set up booths for pedestrians to come and receive blessing. In the centre, we sounded our instruments, our voices, and danced 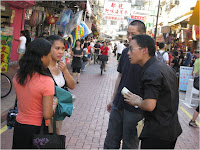 praises to Jesus. But the new tool in this setup, was a stack of sticks with Bible verses, from which people would draw their lot. From rebukes to blessings, the verses drawn out by the individuals were accurate! This was a surprise to some of us, but clearly, the Lord’s hand was upon this evangelistic effort. The church shared the gospel to the people who came, and prayed for them. Within the two hours, many lives were touched, and four persons gave their hearts to Jesus! 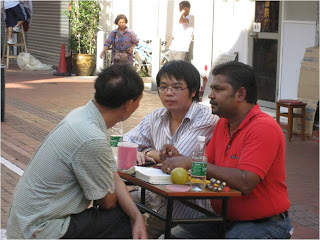 Hong Kong was a colourful place, but History Maker Hong Kong 2010 was colourful with eternal purpose. We pray, that the History Makers of Hong Kong would not only shine among God’s people, but they would also shine the light of Christ into the world. May they be a people of God’s anointing and earthly rulership, bringing heaven into Hong Kong, for lost souls to encounter the one and only Lord and Saviour, Jesus Christ! 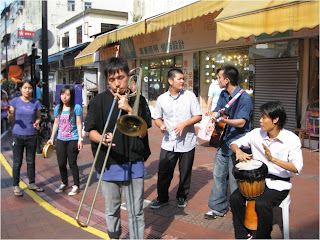