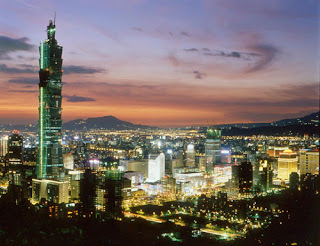 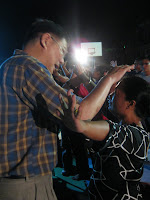 In 1999, the second-deadliest earthquake in the recorded history of Taiwan killed 2,416 people on the island. But God had prepared His servants way before hand, and a gospel crusade was held in the basketball court of a quake-damaged junior school a week after the earthquake. By the 3rd and final day of the crusade, over 2,000 young people had given their lives to Jesus! On that day, History Maker was born. 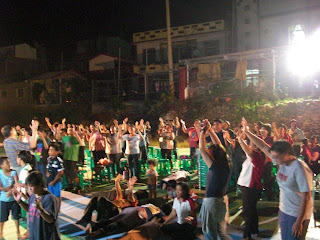 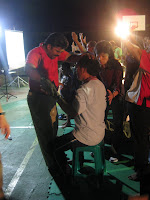 10 years later, the deadliest typhoon in the recorded history of Taiwan struck in early August 2009. A total of 461 were confirmed to have died so far and thousands were made homeless. But God had prepared His servants months ahead once again, and History Maker Taiwan 2009 was set to bring a new move of God starting from 27 August.

The ministry team was made up of Steve Roberts from Malaysia, Pastor Naomi Nakama and Eddy from Japan, and Pastor Richard William and his team from Singapore. Hosted by Church in the River of Life and led by Pastor Aaron Wong, the unique program of this 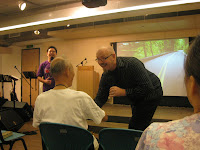 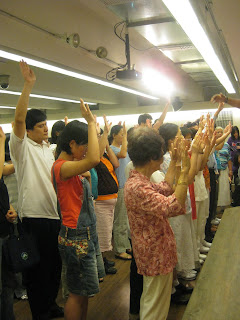 We have seen the History Maker of Taipei (Church in the River of Life) grow ever since we joined hands with them – from 10 over youth in 2005, to 50 over youth today. And the senior folks in the church were fired up for Jesus more than ever. In Taipei and Pingtung, some of the senior folks would 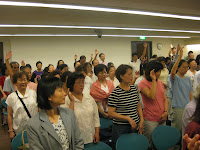 praise God with such a gusto that would probably leave an average youth trailing in the dust. Over in Pingtung, we could see that some of the young people were truly seeking God with all their hearts during the times of worship and altar ministry. This being 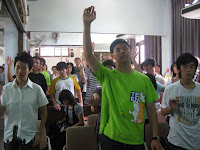 our second visit to Tainan from last year, we could see that freedom for the Holy Spirit to work was increasingly evident there. In all the places we ministered at, the people were so hungry for God. Whenever the altar call was given, the people would run to the front and pack the altar to receive prayer. In Taipei, at the Saturday night Youth Concert alone, we saw 43 young people give their lives to Jesus for the first time! 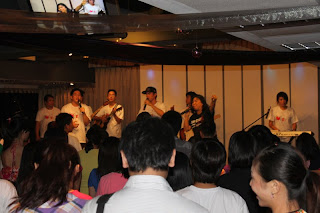 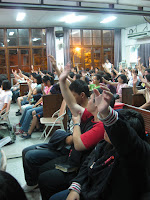 We believe that the natural disaster in Taiwan had further prepared the ground for the Word of God, and the hearts of the people of History Maker Taiwan received God’s Word with deep conviction each time. In quite a few cases during the time of altar ministry, we saw stubborn and ferocious demons being cast out in the name of Jesus. And during specific sessions of prayer ministry for individuals, 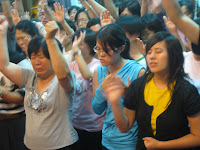 our Lord never failed to release sharp and accurate words through his ministering servants, leaving those believers with a clear choice to take a step faith forward and breakthrough! 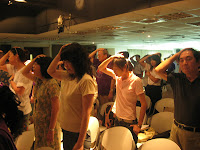 The aftermath of the disaster in Taiwan was obvious in places steeped in idolatry. They were pummelled by floodwaters of 1-storey depth, 7-storey buildings were felled and swept away, and mudslides of 5-storey depths swallowed whole villages. On the other hand, places with fervent Christian churches were virtually unscathed by the relentless Typhoon Morakot! Like Abraham’s servant who brought Rebekah to Isaac, we believe that God will give supernatural answers to the faithful who continue to plough in God’s work. Like Joseph who became the prime minister of Egypt after 20 years of slavery and imprisonment, we believe that God will raise them up in an unexpected hour, and lead many to salvation in Christ Jesus. Taiwan will be saved! 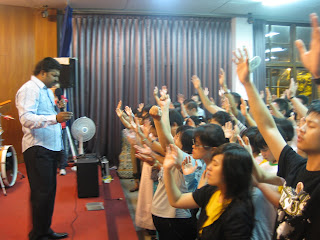 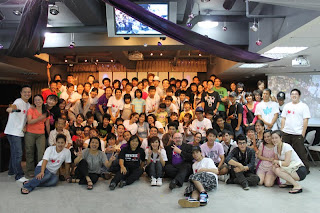