UNFLINCHING IN THE FACE OF ADVERSITY

Hotels in are now banned from holding any conferences. This is undoubtedly due to our presence there for the past couple of years, holding youth con

ferences that only grew bigger and bigger each year. Hence, History Maker conference had to be held the Chinese restaurant, FULL MOON this year. The Burmese leaders led by Pastor Kim Pau had to obtain a permit from five different government offices for this conference. While approval had been granted by four offices, the application to the final office was still being done on the very same day the History Maker team arrived in . Despite having not obtained any official permit to meet at the FULL MOON RESTAURANT for the conference, we continued to hold our meetings there from morning to night on the first day.

Turning up in the hundreds, the young people were eager to expect something from this conference. More than half of them were attending a History Maker conference for the first time. Pastor Steve and Pastor Ralfiel kicked off the conference in the morning sessions by preachin 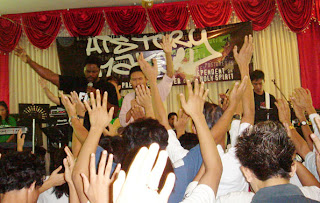 g the call to repentance. There was no differentiation between the leaders, members or non-believers as everyone knelt on their knees, crying out before God to forgive them and heal their land.

The atmosphere felt heavy as the evening high impact session started. Once again, there 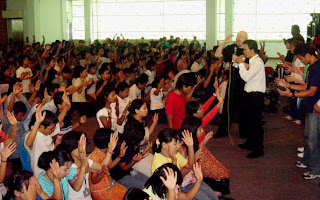 was a strong call to repentance as Pastor Richard shared God’s Word. Hearts were being humbled as everyone present acknowledged their uncleanliness before the Almighty God. As we closed and ended the session, there was a sudden commotion at the back of the hall. At 2030, the military police found this meeting and gave us an ultimatum - we had to clear the entire restaurant in 15 minutes or the Burmese pastors and leaders would be arrested and thrown into jail.

It would be easy for us to deal with such an issue because what would happen is that after a week, we would board the plane and leave the country, while the local pastors and leaders would remain behind and fight the battle with the authorities. It suddenly dawned on us that just by simply organising and holding this conference for us, the Burmese leaders were putting their lives on the line. They risked arrest by going ahead with the conference despite not getting total approval from the various government offices, However, not once did they waiver in their faith, nor did any of them complained about the situation. Pastor Kim Pau and his group of leaders are so desperate for God, nothing is going to stop them in their work for God! They did not flinch in the face of adversity and we would see how the Holy Spirit moves in the next few days. 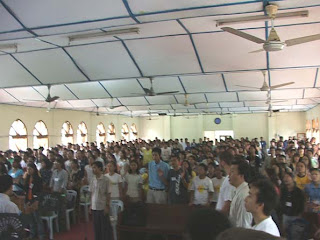 ple, where telephones were a scarcity.

As the conference got on the way, people started crying as God ministered in the place.

Here in , as praise and worship took place, there was such breakthrough in the hearts of the people. Despite the fragile flooring, threatening to collapse any moment, the youths jumped and praised God, not bothered with the possib 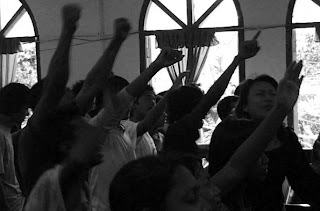 le consequences of a caved-in floor!

Despite the fact that the authorities came to “check” on this place a couple of times during the day, no one was perturbed. In fact, praise and worship this day was much freer than the first. How amazing God moves indeed. 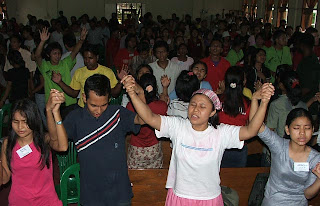 Pastor Ralfiel took the evening session and preached up a storm. He shared on prayer, praise and the Word and such a powerful wave of God swept through the entire place. Local youth pastors were ministered and in turn, ministered to their own youths, interceding for them.

This night felt like the last night for a History Maker conference. Such impartation usually took place on the last night, yet it was happening before our very eyes on the second night. God is truly accelerating the process and we were all so excited at what might be in store the final day.

We started the third and last day of the conference with a visit to their new church-to-be building. In faith, we prayed that within the year, they would be able to possess this new place. 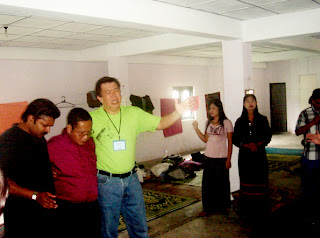 The church members gave all they had, from watches to television sets, clothes, and even a lock of hair. They gave everything they owned, out of their poverty. While they have raised a huge sum at current, they are still short of US$120000 for the project to be completed. This building is the very first building that Adoniram Judson, the first missionary to , used for his ministry. However, as time passed, the building fell into ill repute, becoming a house of gambling and vices. How appropriate that the church is taking it back now, signaling the end of the devil’s reign in the country.

Many of the History Maker team members shared their testimonies dur

ing the day. As they went up to share, some of them were so inspired that they didn’t want to stop!

As we approached the final evening service, there was just an awesome sense of expectation in the place. The

re was drama and dance as everyone enjoyed themselves in 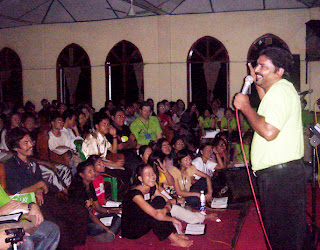 the sweltering heat. As Pastor Richard preached the Word, he felt that this would be a time of restoration and reconciliation with God the Father, especially for those who did not have a proper relationship with their earthly fathers. Tears were flowing freely as hurts and disappointments were being made right before the throne of God.

After that, there was such a powerful move of the Holy Spirit and being so drunk with the Spirit, Pastor Richard made his way through the thick crowd of people, ministering to all. It did not matter anymore how undignified he might look, climbing over the church pews, as long as he is led by the Spirit. After the mighty impartation, we ended off with such jubilation and celebration, singing praises to the Almighty God. As light sticks were being flung into the crowd, everyone started to declare with one voice, roaring the name of Jesus in the . Waving the light sticks in the darkness, everyone declared prophetically that they will be the light shining in the darkness.

Exciting times lie ahead because out of this conference, a youth prayer movement is going to be started in . Spearheaded by Pastor Kim Pau, he shared his plans of holding it in a public park where there will be maximum impact!

This was all possible not because of any talents, but because of much prayer and intercession. A week before the conference, the local pastors were praying everyday from to , believing God to do something. Likewise, the History Maker team committed hours of prayer and fasting for this trip, making all these possible.

Quote: “The trip to the village was eye opening. The world is totally in the dark about the true state of the world. Regardless of our condition, one thing is true - the world needs Jesus...”

Despite coming from different nations, different cultures and different backgrounds for the first time in a History Maker conference, it did not make any difference. We have come with one heart and one purpose, to reach the people of , impact and empower their lives, that they might live life on the edge for the purpose of Christ.

Skin color does not matter, nor do language in the God’s mission fields. Boundaries are being blurred in these last days. God’s soldiers are being mobilised from every part of and every part of the world to go forth to fight His battles. As we unite as one, the kingdom of darkness cannot hope to preva 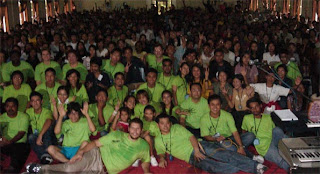 Is God speaking to you today? Are you ready for the work, for the harvest in the fields? Are you ready to take up God’s mandate of bringing salvation to all mankind?

The time is NOW!

RIGHT ON TIME, RIGHT ON TARGET

How timely our trip was because of the situation our partners in were facing. We have seen how everything fell into place, including the preaching of God’s Word by Pastor Richard., addressing the very issues that needed to be addressed. God’s timing is indeed divine!

When the spirit of God moves, time has no meaning, other than telling us that our physical bodies have limitations. The service often ended beyond and these 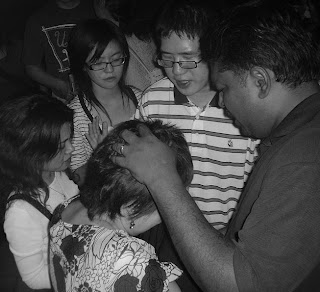 people were just so hungry and desperate for God! In fact, they were so hungry for more that we were not spared even while shopping and having our meals. A lady actually knelt down at the entrance of her shop in full view of the busy streets while being prayed for! This is a sight not often seen except in stories of revival. It will not be surprising then that revival is about to start in the nation of .

God is doing something mighty in even as He postures them for a physical move in their church location. There is something stirring in the spirit in that nation and in that church, and it’s just mind-blowing to even think what God is about to do there.

We are very honoured and glad to be invited to minister to the Taiwanese and being part of His plans as we responded to this last-minute trip.