This year’s History Maker was a very significant change as it was a major step of faith to the second largest city in Japan. We had History Maker Japan at Okinawa for the past two years. We believe that through the leadership of Pastor Naomi Nakama 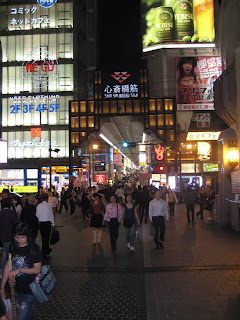 and the prayers of many faithful believers, God opened this city for a visitation. This year’s conference was different from the past. The whole conference was organized by the Japanese team Fire Typhoon that is led by Pastor Naomi, whereby the and the History Maker Singapore Team acted as supporting roles. As it is our believe, in order to nationalize a movement the locals must catch the vision and take ownership of their nation. The city of Osaka is filled with so many temptations of the devil. One of which is the famous Pachinko Slot jackpot machine outlets which can be seen at every fe 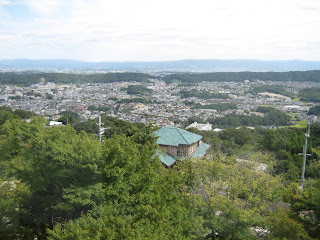 w minutes walk. Japanese ranging from young and old are all indulging in this form of gambling. As the History Maker Team walked down all these entertainment areas, we prayed that the light of Jesus will enter and bring down all these outlets.

The Conference was held at Kansai Bible Institute, whereby the History Maker Team is required to take various types of transportation, including cable car to reach our final destination which is at the top of a mountain side. Standing at this high attitude also depicts that God wants us to glance down from top and witness with our own eyes that this whole city needs transformation. John says “they are ripe for harvest”, hence God needs his people to go and reach out to the lost souls.

The 1st day conference was stirred up firstly by Pastor Richard’s sharing in the Morning Prayer meeting at 0530. Subsequently, the intensity and passion of fire in the Japanese 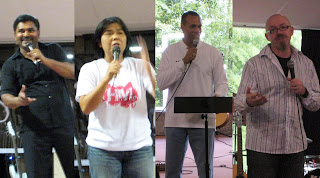 was built up by Pastor Steve and Apostle Brown, before Pastor Richard stepped up again in the evening and bring a closure by preaching on changes in ourselves to see results, getting out of our own comfort zone. The move of the Holy Spirit came upon all the young people when the altar call of dying for the sake of Jesus is made. Matthew 16:24-25 “For whoso

ever will save his life shall lose it: and whosoever will lose his life for my sake shall find it”.

Everyone was then allocated accordingly to 4 different churches for Sunday service the following day. It was a great experience for the History Maker team to see how the churches in are doing their part in fulfilling God’s vision of reaching .

The last night was the first step of revival for . More people streamed in and have an expectancy of witnessing God’s presence again. Indeed God did not disappoint his people. The move of God started even before any altar call was made. There are some who were weeping and rolling around on the floor.

A true demonstration of how the hand of God was upon the young people in , a nation which thepeople do not reve 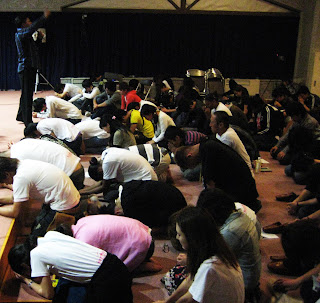 al their own emotions easily. When Pastor Richard ended his preaching by making an altar call of passion of salvation for the lost souls in , many ran to the altar and knelt down weeping as the power of the presence of Holy Spirit struck them. After the prayer, everyone was ignited with the fire of God in them and rocked the building with the name of Jesus being declared continuously. Pastor Naomi then wrapped up by reaffirming the calling of God that everyone received. What an explosion of the impact of God in this place, where the lives of young people are going to change because of Jesus. We believed that there will be rising of leaders among the young people to mobilize the whole nation to see the revival of . No longer churches have to be conservat 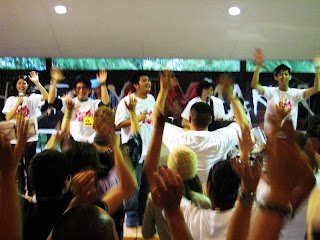 ive, but marched out to the streets to proclaim that Jesus is the key to salvation and the way to heaven. Revival for Japan is on its way. A conference that started on the mountain top ended with a commission to march into the valley and see our cities transformed by the power of God. Glory be to God.