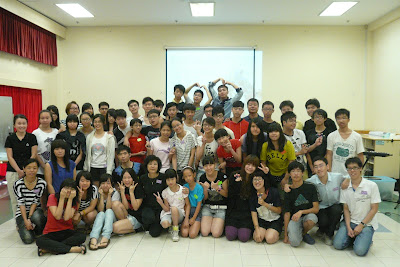 On July 19-21 the History Maker team from Singapore, comprising of Ps Grace, Hannah, June, Steve, Themis and Ying Xing, had the wonderful opportunity to be in Hong Kong for the New Life Youth Camp 2012. We are thankful for Ps Amos Tsang (Christian Glorify Grace Church) and his youth leaders for organizing this summer camp. Above all we are excited to partner with the Holy Spirit to reap a harvest of souls. 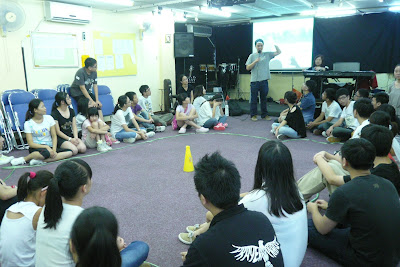 It was a hot, sunny Thursday afternoon. Close to 60 campers were gathered at the church located in Sheung Shui, with about 20 of them unchurched young people. We trust the Lord to touch every young person by His love and power and that no one will be left out of a God-encounter. Much excitement filled the air as the young people engaged in fun, interactive games to warm up to each other. Youth leaders of the church were assigned to be team leaders. Over the next few days they will be reaching out to the new friends. It was definitely a great start to greater things to come. 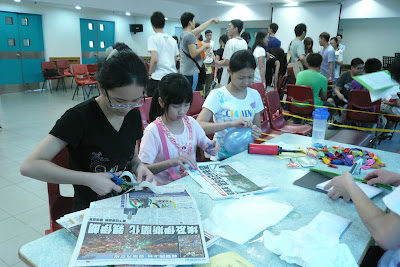 Soon it was time to head out to the campsite. The campers got on a chartered bus and were brought to the Tai Tong Holiday Camp, set in a picturesque Tai Lam Country Park located at Yuen Long. Once we got there we had an introduction to the campsite and were assigned to our rooms. We quickly went to our rooms to put down our bags and gathered again for the indoor games. 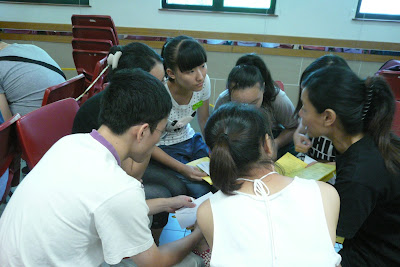 Different game stations were set up, each station having a different objective to accomplish. The Singapore team was tasked to share short messages with the young people when they came to our game station called “church.” We believe the gospel seed was sown in their hearts as we testified of God’s love and salvation. All the station activities brought much fun and laughter, and helped to bring the young people closer together. 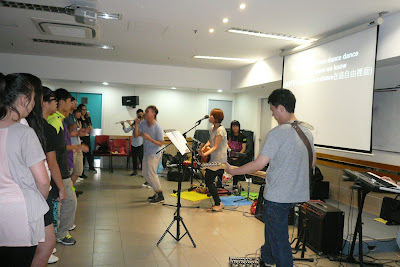 Evening came and it was time for our first meeting. The Hong Kong praise and worship team took the stage and worshipped God with all of their hearts. They were rocking the place with praises unto Jesus! Testimonies were given by two young persons from the Singapore team, Ying Xing and Themis. The youths listened intently to stories of how they encountered God and the impact it made on their lives. Ps Grace later spoke to the crowd with the message: “If you believe, you will receive.” Coming to God by faith is that simple, not complex with a set of rigid rules. The woman with an incurable blood disease believed, if she could just touch Jesus she would receive her miracle. The Holy Spirit touched the hearts of individuals that night and we saw hands lifted in response to Him and received Jesus as Lord. 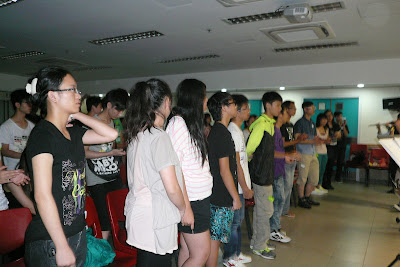 Early Friday morning the Singapore team started the day in prayer seeking the Lord. It was a new day and there’s got to be more today, more lives transformed by the power and presence of the Holy Spirit. Our hearts were full of faith and expectancy of what God was about to do, not tomorrow or the following week, but today. Today is the day of salvation. Today is the day of breakthrough!

Some free time was allocated in the morning for the youths to enjoy the facilities at the campsite. We hanged out with them as they tried out different fun activities such as rock climbing, trampoline, table tennis, badminton, rollerblading, pool, etc. After lunch there were more games for the young people. Two teams stayed indoors for team building activities, while the other two teams went outdoors to play “Running Man.” The teams took turns to participate in both the indoor and outdoor programs. By now there was greater bonding among team members and we could see closer friendships formed over that short period of time. 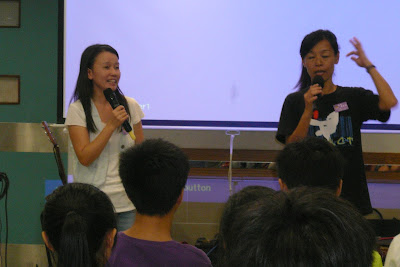 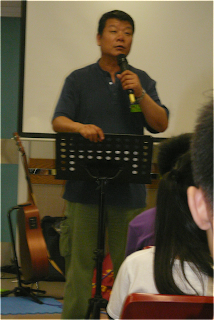 It was a long day for the campers, but nonetheless the young people showed up rather full of energy for the night meeting. Again the band rallied the crowd and stirred them up in singing praises to God. June and Steve (Singapore) shared their testimonies that really blessed our hearts. The Singapore team presented a skit, using the image of a soldier to illustrate the discipline of a Christian – if he wants to win he must not be distracted by certain pleasures. Ps Grace went on to tell the young people to “Dream big for God,” because in God the possibilities are endless. Joseph was a young person who had a dream of becoming someone great, but lost all hope for the future when his dream was broken. All is not lost when we put our trust in God. He is able to turn the odds around so that we become people of destiny! That night God moved upon the hearts of the young people and there were those who came forward to put their trust in Jesus. Some were in tears as they were being ministered to. One girl was amazed that things about her life that she hadn’t told anyone were accurately related to her as she was being prayed for. She was totally convinced that there is a God who loves her and wants to restore her. All glory to God for what He has done! 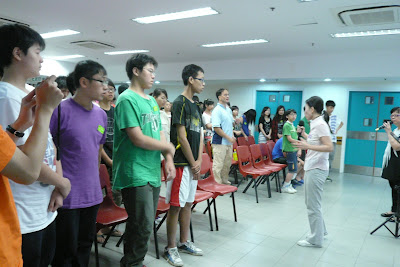 Next day morning the Singapore team came together to pray for the camp, believing that as we align ourselves to God, He will move in a big way. This was the final day of the camp. There was going to be a last session later that morning before the campers head back home. As the young people gathered, the band led them in a time of praise and worship. We sensed a greater freedom among the young people that morning as they moved out from their seats to praise God. 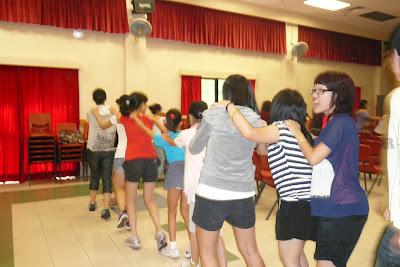 Themis (Singapore) challenged the young people with a message to know Jesus. The Singapore team presented a skit, illustrating how a person entangled by sin can only be freed by Jesus, who is the only way, the truth and the life. Hannah (Singapore) then took over to share about God’s redeeming love and plan of salvation in Cantonese. Her words and story greatly ministered to the youths. In closing Ps Grace pointed out that salvation is a gift freely offered to all by Jesus, in other words those who receive it by faith will get to enjoy all that God has to offer. A final invitation was made to those willing to receive this gift of salvation and experience a new life in God. Together with all the campers, Ps Amos prayed the prayer of salvation for those who would receive Jesus as Lord and Savior. 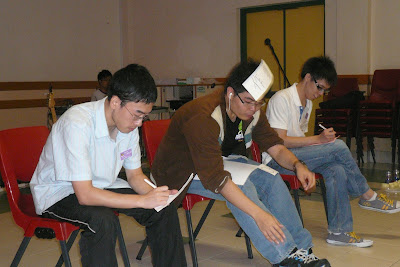 We praise God for the souls that came in the Kingdom over those few days. God does not rejoice in the loss of anyone, but desires that we be saved and restored to friendship with Him. That is why the whole community of heaven rejoices when one sinner is found and restored to fellowship with God. Let us be on a rescue mission everyday of our lives, and join hands with the Lord to bring people out from the Kingdom of darkness into the Kingdom of His marvelous light! 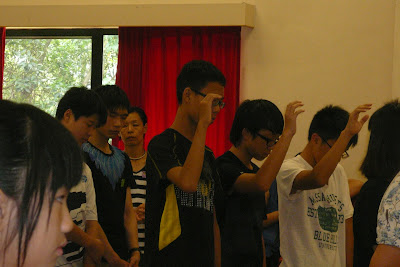 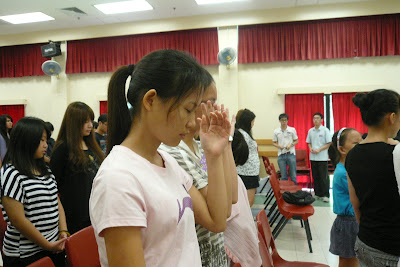 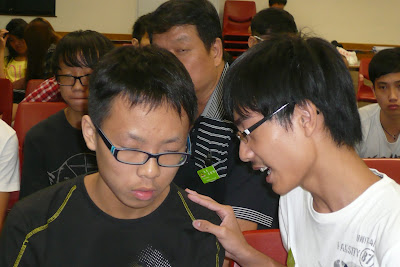