This was the last HM conference for the year before the annual Singapore HM conference. We were expecting God to move in a powerful way in all meetings. The team was made up of 22 Sri Lankan youths led by Ps Michel, Pastor Sian Loh from Hong Kong and the Singapore team. 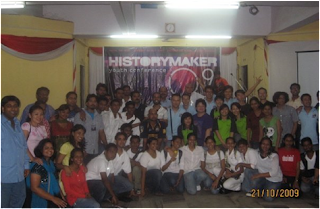 The concert was going to be held at the Marine Center in Mumbai, the most popular pub in the city. Pastor Anil has invited the most cutting edge and famous Christian death metal band, “Blood Covenant” from Chennai and “New Hope Order” from Mumbai who totally love Jesus! The Holy Spirit again inspired us a whole new unconventional way to do evangelism i.e. to reach a group of young people through a Death Metal Concert! Totally radical and out of the box! So radical that most of the main stream may not accept such band and music. The theme of the concert was R.I.P. “It’s Never The End”. Ironically this is the trend amongst young people today. The lack of vision and purpose had led to place of meaningless existence. This is where History Maker totally fits in; we have been called to inspire vision and purpose in the midst of emptiness. Our passion is to call champions to radical living. 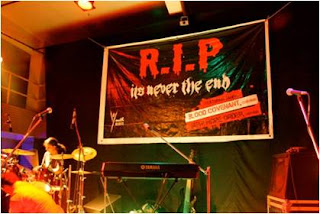 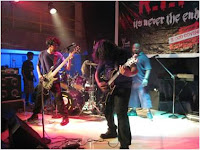 The music was so loud, so deafening that we felt our entire body resonating to every beat of it. Screaming the song, banging their heads, swinging their long hair, moshing their bodies (a kind of dance where they bang each other) were common practices in such concerts. In the midst of their “high”, 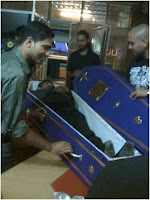 there came a sudden dead silence. To the shock and horror of the audience, an actual coffin was brought to the middle of the stage. “What’s going on?!” exclaimed Pastor Richard as he got out of the coffin. He went on to share how our lives can suddenly be taken away in the midst of fun and excitement. Only through Jesus we can find true meaning and purpose in life because He is the only One who conquered the grave and defeated death.

Truly this was a new platform for HM Singapore. Stepping out of our own comfort zones and stepping into arenas that do not seem inviting but rather under the control and influence of satanic forces. Through the concert there was an engagement of warfare but “Glory to God in the Highest”, he won the victory! Although the crowd was rowdy, rude and rebellious but the spiritual atmosphere changed when the gospel was shared. After a few minutes of engagement, the altar call was given several young people acknowledge their desire to give their hearts to Jesus.

Every HM Conference begins at 5.30am for prayer meeting. It is the most important meeting for the day as God will begin to align everything we do with His heavenly plans. Here we wait to receive instructions from our Commander in Chief! On the second morning some of us rode on motorbikes and others on buses to pray at beach and by the park in Mumbai. Indeed greater things are yet to come! Greater things are yet to be done in the city!

Another highlight of the conference was having Pastor Shekhar Kallianpur. He has been the Senior Pastor of New Life Fellowship since 1985, six years after receiving Jesus Christ as his Savior. His message is simple and yet so rich in truth. The world does not need another religion, they need the reality of what they believe is true; and only Jesus is the way, the truth and the life!

“We do not want just a touch from God but an over flow of His Spirit” was the main theme of Pastor Richard’s message. He then took a bottle of water and poured it over his head to illustrate his point. If we WANT to go higher in God, we NEED to go deeper in Him. Many of us have reduced the Baptism of the Holy Spirit to speaking in tongues and 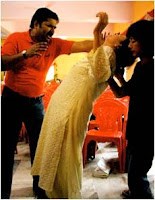 remained powerless. Signs, wonders and miracles must be part and parcel of our daily living was the challenge given. Let’s not “play” church anymore. 100% of the delegates answered every altar call that was given in every session! There was such a passion and hunger among the young people. They want change! They are ready for change! 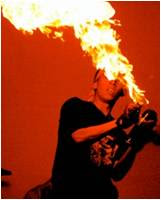 The dance and the drama teams from Sri Lanka were incredible! The audience was memorized by their creative aesthetic performances. Using a mozie can and a lighter to create a fire was bold and radical!

Other sessions were taken by Ps Michel who preached an uncompromising message provoking the youth unto holy living, and Sian Loh who preached prophetically on the calling of God. Disciple workshop was conducted by Pastor Kelly imparting a vision to the young people to disciple because “Christianity without discipleship is always Christianity without Christ” - Dietrich Bonhoeffer. 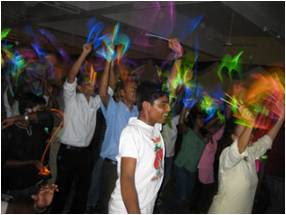 Mumbai, capital of the Indian state of Maharashtra ranks among the most populous cities in the world in terms of population, with a city having a population of approximately 14 million inhabitants. A city renown in the world for infamous Hindi film and television industry, known as Bollywood. Mumbai is the commercial and entertainment centre of India, home to many important financial institutions. The leaders unanimously believe greater things are yet to come! Greater things are yet to be done in the city!
Newer Post Older Post Home