nference, demonstrated when the permit for Pastor Sam Surendran & Steve Roberts to speak in the outdoor stadium met with some trouble but was finally settled. Some witches that were unhappy about this conference started to send their power & witchcraft, but Praise God nothing happened to hinder us from encountering God throughout the conference.

It was amazing how God worked in the midst of the people of Lampung who had such a deep desire and desperate hunger for Him. The 3 night’s crusade was held in an outdoor stadium called “Taman Enggal”- a place 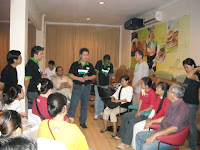 surrounded by prostitution, witchcraft & occultism that turned out to be so beautiful when The Presence of The Lord came down.

The History Maker team consisted of 27 people from , 5 from and 4 from . 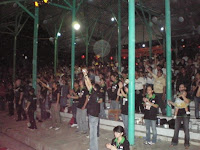 We started the crusade on Monday night, with the message of salvation. Around 700 people attended and many of them received their salvation & got delivered. Everyone was amazed & blessed with a prophetic dance performed by 50 dancers from different churches in Lampung.

Another thing that really moved our hearts was how God saved one man that night. Pastor Robert Lie interviewed the man who came to the front in response to the call for salvation. He was an “Angkot” (public transportation in , usually a mini van) driver that was hired by someone to drop them off at Taman Enggal (crusade venue) and he was moved in his heart to come & see what was going on. God touched his heart and he, a former Muslim, came to accept Christ as his Savior. 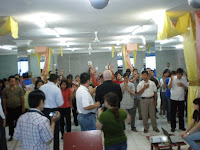 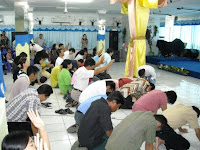 The afternoon workshops were focused on strengthening and encouraging the Pastors and Leaders in Lampung to bring about unity and anointing to do greater things in His name.

In the youth & musician workshop, the young people were encouraged to stay 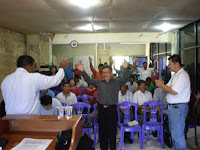 hungry before Him in order to see His presence more and more and to impact their generation with what God has given them. They were equipped to be radical for His Kingdom!

On the 2nd night, around 800 people came and Pastor Sam challenged the people to know more about the source of Salvation & Miracles, Jesus Christ. Those who came also got a breakthrough during praise & worship and expressed their love to God. They were so deep in worship that God’s presence overwhelmed the entire place. Many intercessors received visions of God and His angels dwelling in His people’s praise.

The challenge for Lampung on the 3rd night was to be radical and die for Christ. Pastor Robert preached the message of History Maker’s mandate, that God is calling His people to be a history maker and that it’s not about us but Jesus Christ, the true History Maker. 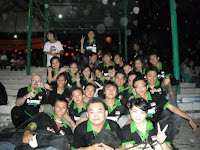 came on the last crusade and more than 200 young people ran to the altar and committed to give their lives for Christ and many wept for their city.

Pastor Robert also invited the pastors to come to the front and hand in hand, they prayed for Lampung.

The city of will never be the same again.

Glory be to God!