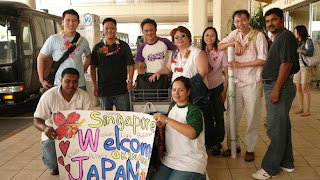 Although she is known as the land of the rising sun, has been 1 of the hardest ground for mission work for years. Missionaries after missionaries go there to sow the seeds of God’s Kingdom, but often fall on dry ground bearing little or no fruit. But things are beginning to change for . The wave of God’s Holy Spirit is about to crash in like never before, surpassing any power of hurricanes or tidal waves that has ever hit . 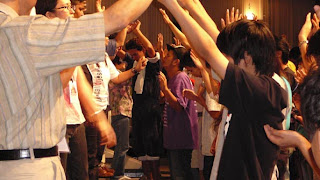 There in the tiny is where the wave has begun. The wave of change is coming to Japan. In fact, this is the first history

maker trip that the conference is held 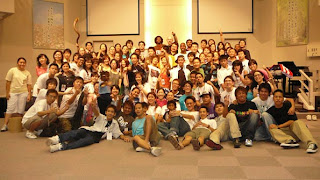 for only 1 night! The conference is usually spread out over a period of about 3 nights, allowing for the momentum to be built up, so that on the very last night, the power of God can hit the young people in a tremendous way. However, change too, is coming for history maker conferences. There was no luxury of building up the meetings. It was do-or-die. Either we impact the youths who turn up that night, or we miss our opportunity. God doesn’t need 3 days to touch lives. In the very night, God did with the people what usually took 3 nights of conference to do! Th 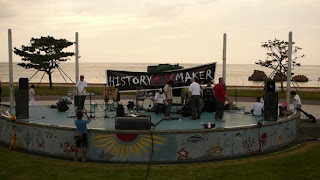 at night, over a 100 people came to know the Lord Jesus Christ as their Saviour! (Something previously unheard of in a single meeting in )

The meeting was held out in the open, on a beach stage in a popular tourist area. Praise and worship was led by the history maker band together with Agape and people from different nations. Even though there might be a lack of musical coordi 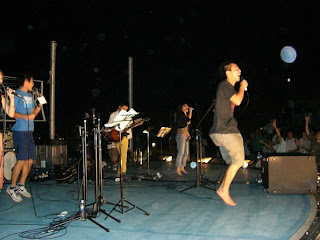 nation, skill or expertise, one thing was very clear – they carried the anointin 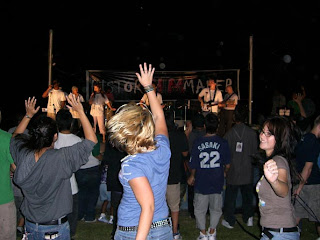 g of God when they played. This is how God gets the glory. Human vessels might be imperfect, but when the anointing comes, everything falls into place. The 200-250 young people at the beach, including Japanese punks attended the session with Pastor Naomi from Fire Typhoon preaching her heart out. Not content to be a typical Japanese lady, Pastor Naomi is full of zeal and fire for the Lord, preaching till her voice went hoarse. Pastor Kelly from then too

k the helm and preached up a storm. Of course, we remember the passionate testimony shared by Joshua Wong from ,

touching the lives of many, including the history maker team. There is something in this young man of God.

This history maker meeting is the first ever public Christian meeting in – talk about change coming! Things are speeding up. Are we going to ride together on the wave of God, or are we going to miss it?

How much God moves in every trip depends not on the talents, nor dance, nor dramas, nor music, nor preaching, but how much is sowed in the prayer room long before day breaks. The prayer room of history makers is our powerhouse.